Today, we went on a city tour with Painted Ladies Tour Company. They have a small fleet of vintage VW vans. Our vehicle was a white 1968 VW Type 2 Transporter bus named “Pearl”. A manual shift kept our tour guide attentive on the steep hills. 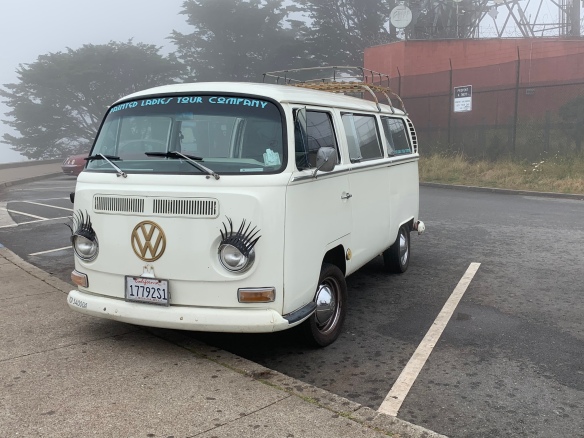 First stop was the Civic Centre. 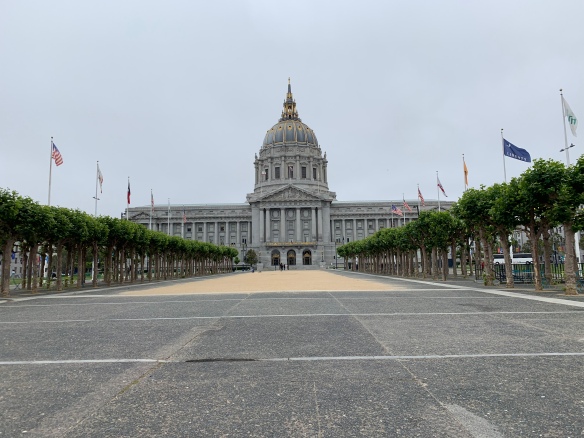 Next stop was a residential women’s building with a huge mural painted by a group of women.

We then drove to the top of Twin Peaks but it was so foggy we could not see anything. There would have been a fantastic view of the city.

Next, was Alamo Square to see the famous Painted Ladies, Seven Sisters. This consists of the home where Full House was filmed.

Palace of the Fine Arts was next. This was one of ten structures built for the 1915 Panama-Pacific Expo. The structure today was rebuilt in 1965. 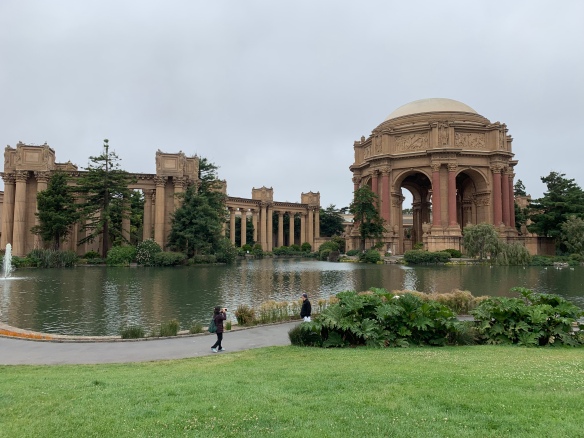 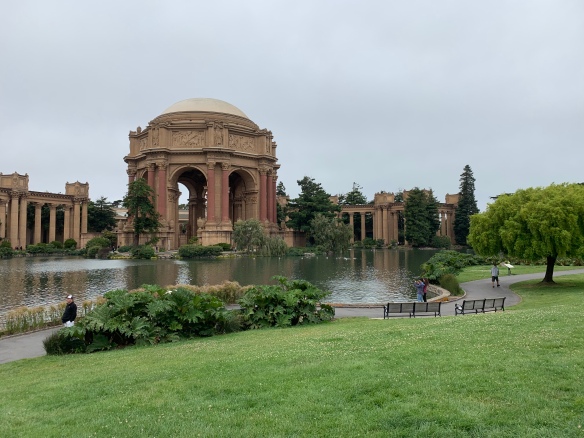 Next was Presidio to view the Golden Gate Bridge. Being an overcast and foggy day, gave the bridge some character as its peaks disappeared into the clouds. 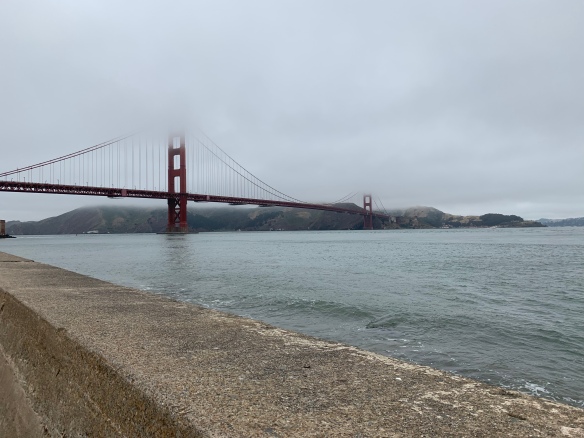 Last was Lombard Street. The famous twisty turn stretch downhill. It was originally a straight street until the owner decided to make turns to make it easier for people to access their homes. He also had forward vision that many would be attracted to its design. That’s an understatement as today there are crowds of people all day long at the bottom taking pictures. Also, many drivers wait 30 minutes on average to simply drive down the twisty stretch which only takes about 30 seconds.

Not captured here in photos was the informative discussion while on the city tour with music played by artists of the area. Often, the song would synch up with area. For example, Santana’s song played as we passed by his childhood house. Just down the street was a huge mural of him. We also drove through some areas highly populated by the homeless. Such a shame. Often these areas are right next to highly built up neighborhoods with designer shops and boutiques. We drove by the mansions of high profile people like the owner of Oracle. We also drove through areas where the movie Bullitt was filmed. We passed by the house where Mrs. Doubtfire was filmed.

All in all, it was a great tour! I highly recommend Painted Ladies Tour Company.