Today, we boarded the ferry on our day tour of Alcatraz Island. It’s incredible how many people there were. The tour operators mentioned Alcatraz is the number one attraction in the USA. You need to book this tour 3 months in advance. All day long the ferry goes back and forth every half hour transferring around 300 people each time.

As we arrived on the island we made our way to the top to tour the main prison building.

We entered through the shower area….don’t drop any soap!

We then entered into the cell blocks. We were given audio devices that guided us through. It was intriguing to be walking through the same areas as many of the worst criminals in the US did. To hear the stories and to be standing in the same place or in front of their cells was a very cool feeling. 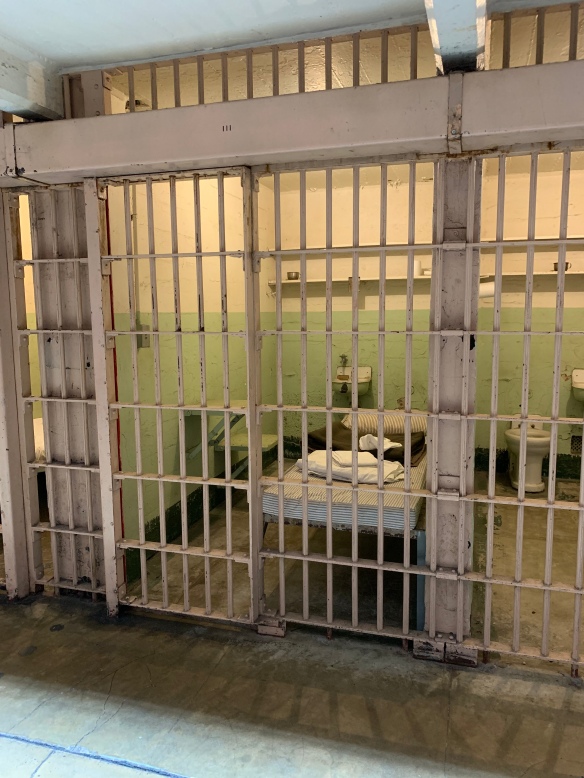 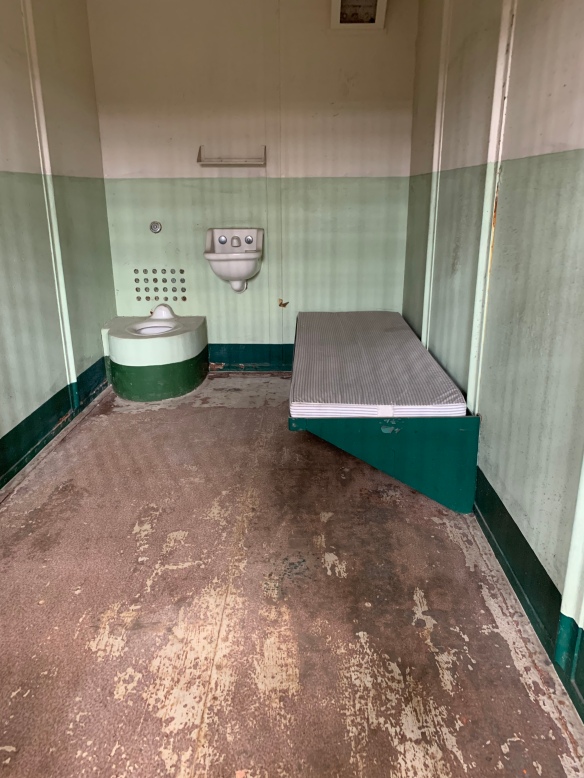 The solitary confinement cells were all open for us to walk into while listening to a firsthand account by one of the inmates. He explained how he’d sit with his hands over his eyes and how in time you’d start to believe you are seeing what you’re thinking about.

This next picture is the lunchroom. The people in the picture are gathered around where inmates would get their food. There’s an open slot in the bars where the kitchen staff would pass the food through to the inmates. Everyone was given a fork, spoon and knife. After the meal the inmates would return their cutlery. Everything was counted so they’d know if one was missing. The lunchroom was considered the most dangerous area of the prison given that every inmate had a knife. 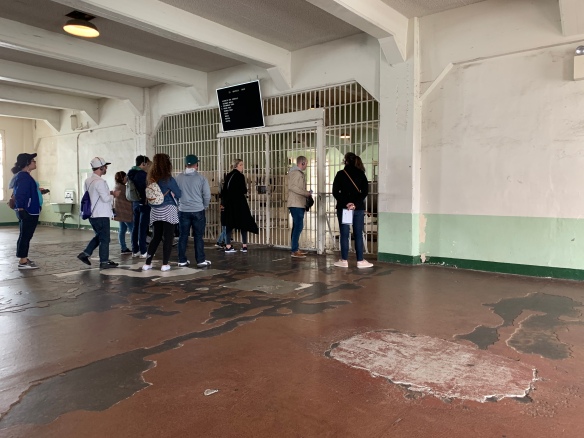 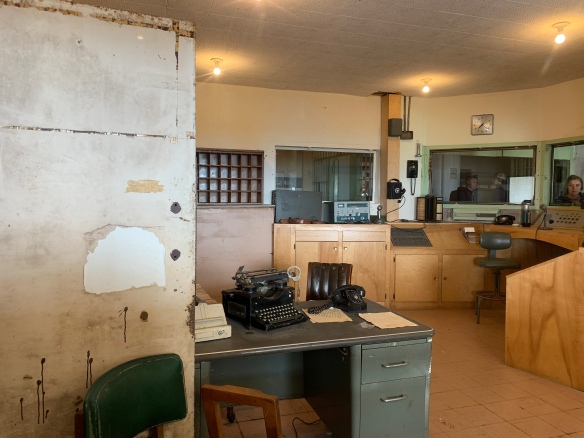 This is the remains of the Warden’s house.

Just outside the main prison building is the morgue.

Now that I have been on Alcatraz I want to watch “the Rock” and “Escape from Alcatraz” again. This was really an interesting tour. It is well worth the time and money.